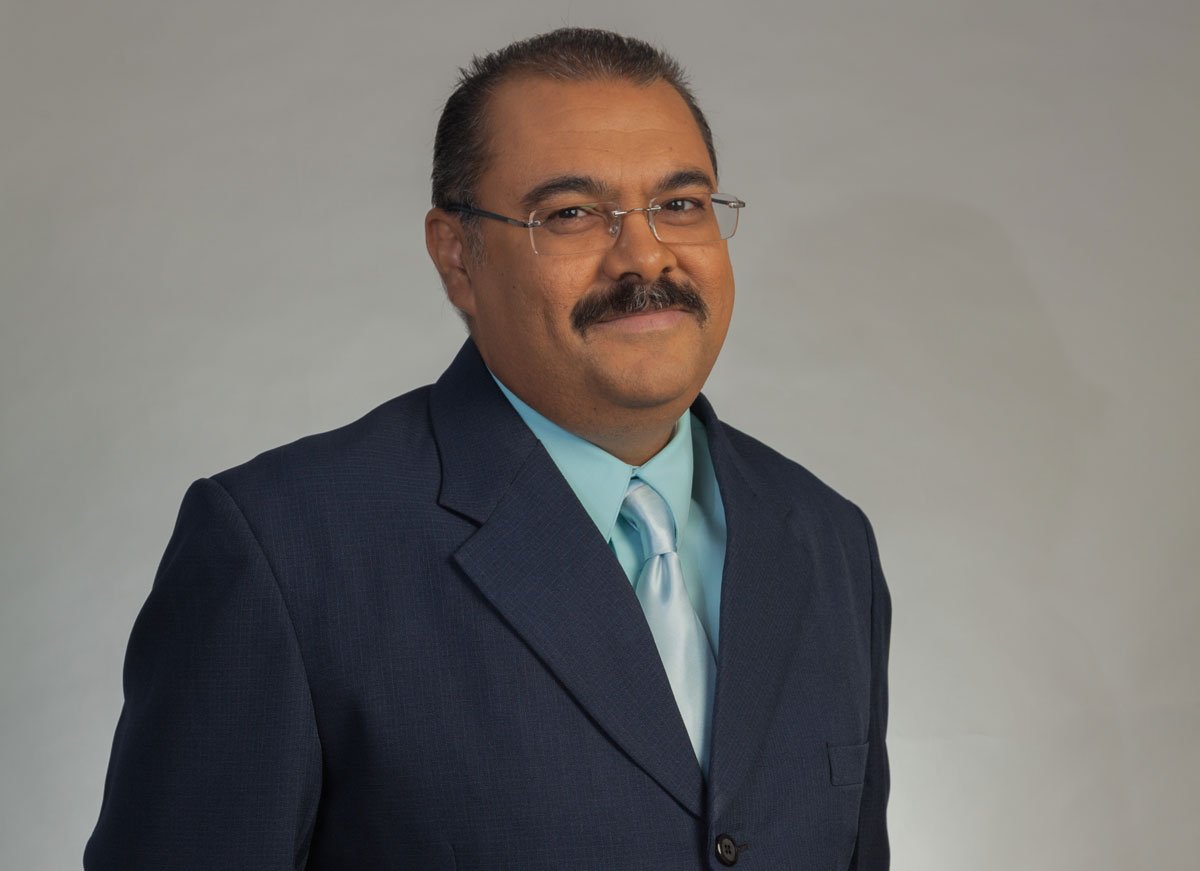 “Rangers Challenge Soca Warriors: Beat us and we pay $100,000; Fenwick”. Screamed the headlines. The football world recoiled in surprise, some with amazement and others with disgust. As has become the norm in Trinidad and Tobago’s football, opinions were torn. On one side was the football thirsty fans longing to see arguably the country’s best assembled professional team, Terminix La Horquetta Rangers, match swords against the country’s Senior Men’s National Team preparing for its first World cup Qualifier of the Qatar 2022 world cup campaign against Guyana on March 25th. On the other side though, stood the football purist, who thought that such is “wager” should never enter into a conversation when talking about national team football, much less a warm-up game before a World Cup qualifier. The man throwing down the gauntlet to the national team was none other than Terminix La Horquetta Rangers boss Mr. Richard Ferguson and he has sort to clear the air on the supposed challenge, the $100,000 dollars “wager” and the reason Rangers players have not been attending national team training.

When Ascension Media met with Mr. Ferguson, he had just finished a video mental strength program with the players of his club and was busy ensuring all was in place for the evening scrimmage at the picturesque La Horquetta ground, home of Terminix La Horquetta Rangers. The slim unassuming man smiled when questioned about the stunning headline and dived into the history of the “Challenge”. “Well to begin with we at La Horquetta Rangers have always sought to be the best professional team in not only in Trinidad and Tobago but the Caribbean and as such we have competed against national teams when given the opportunity”, the man who acquired Rangers on behalf of Terminix, formerly St Ann’s Rangers from Richard Fakoory, deceased and Richard Piper in late 2018 said. He further stated, “Since I have come on board with Rangers we have played against national teams a total of six times and it has always been our policy to play teams that are better than us”. He went on to explain, “We played the St. Lucia national team twice losing 2-1 on both occasions, Grenada once winning 2-1 and Trinidad and Tobago three times, under former coach Dennis Lawrence drawing twice and losing once 2-0’”. “Playing against national teams is a normal thing for us, so the run around to get a game with the current national team has come as a surprise to everyone at Rangers, especially myself,” Ferguson, who is a chartered accountant and a director at Terminix Trinidad continued, “Since last November I have been trying to get a practice game with the national team, we have spoken with Chairman of the Normalization Committee Robert Hadad, Commissioner Gary Griffith and Team Manager Adrian Romain and so far nothing”. Ferguson, who unsuccessfully contested the post of TTFA president in 2019 said he was forced to openly challenge the national team for a game after reading about the national team 8-0 whipping of Tobago Orange Xl on Saturday 6th March, 2021 and national team coach Terry Fenwick begging for tougher warm-up opposition. “If the normalization committee cannot afford to get foreign warm-up games (as a result of the Coronavirus quarantine guidelines) for the national team we at Rangers will give the national team those games, my team is fit, ready and willing to take up the challenge of helping the national team’s preparation at no cost to the TTFA”.

NOT A “Wager” BUT PERFORMANCE INCENTIVE

While most local football fans agree that the national football team needs stronger opponents in preparation for its opening World Cup qualifying match on March 25th to be held in Dominican Republic, many were taken aback by the prospect of a “$100,000 wager” on the result of a game between the National team and La Horquetta Rangers. Well known events management mogul and football lover Randy Glasgow was quoted as saying, “It’s a very disrespectful offer to begin with… Rangers and their management should apologize to Trinidad and Tobago citizens”. Ferguson sort to set the record straight that a wager was never his intention and his whole commitment was for the improvement and benefit of Trinidad and Tobago football. “While trying to get the practice game after hearing repeatedly that the national team was playing local teams, the manager Adrian Romain mentioned that the team was having financial difficulties in providing stipend for players, refreshments etc, so with this in mind and wanting to help the national cause, I offered the $100,000 as a performance incentive, which is normal in any sport.” Ferguson who comes from a strong accounting background went further, “In professional sports, a performance-based incentive is par for the course, it was not a wager but just an incentive to reward excellence. It is easy to take a stance and criticize such actions, however it is unbeknownst to many the various trials faced by the national team in providing simple things such as transport and refreshments for our national players, something which should never be.” The prospect of a La Horquetta Rangers teams that boast the likes of Keron ‘Ballpest’ Cummings, Ataulla Guerra, Aikim Andrews, Isaiah Lee, Akeem Roach, Kadeem Corbin etc facing the Terry Fenwick coach national team have generated great interest, a fact not lost to the Rangers Manager, “This match have generated huge interest and with the approval of the Chief Medical Officer (CMO), the ministry of Health and the Normalization Committee the game could be held with a one third capacity at the La Horquetta ground, which works out to 1000 persons at hundred dollars to make an additional $100,000 that can be further donated to the national team preparation”. Not one to miss an opportunity Richard Ferguson also suggested that the game can be aired on television so that the football starved public could see their local stars in action, with the advertising revenues going towards the National team. ‘What better way is there, post Covid to kick start local football interest and provide much needed income to the Normalization committee” questioned Ferguson.

Trinidad and Tobago’s football have experienced trauma and hardship over the last couple of years from enduring a fourteen game winless streak, to sinking to one hundred plus in world ranking, to being suspended from the world governing body FIFA. So when ex-English international World Cup player Terry Fenwick took over the national team as coach, Soca Warrior fans the world over waited to exhale, but the expected breathe of fresh air have been replaced by a the stale sound of excuse laden sound bites and the even more annoying cry of lack of support by the whole local football fraternity. Fenwick latest punch line is, “Rangers have not been allowing their players to attend national training”. Like any good Soca artiste the national coach have sung this line repeatedly anytime a microphone have been placed in front of him, and the Trini public have started to dance to the beat like a good old back yard jam. Terminix La Horquetta Rangers owner Ferguson though refused to be swept away by the raging wave of public opinion and instead soberly explained that Rangers are perfectly within their rights as any professional team to release their players five days before, for full competitive games and three days for international friendlies according to FIFA’s rules and regulations. He then went on to explain that his team has a wage bill of over two hundred thousand ($200,000) monthly and it will not be logical to be paying his players for them to be working elsewhere for extensive periods. “At Rangers we have a year round program that includes strength work, diet, nutrition and mental training, in keeping with our vision to produce comprehensive athletes to compete at the international stage,” the man who most local football fans see as positioning himself to be the next TTFA president stated. “At present I have my reservations about exposing my players to the environment that national coach Fenwick constantly expresses in the media, one of financial uncertainties, lack of refreshments, internal conflicts etc”. “The Rangers board is willing to negotiate the release of players up to two weeks before the upcoming games, but this must be done through proper communication and not through the media as Mr. Fenwick has done”. Richard Ferguson explained that the professional approach adopted at Terminix La Horquetta Rangers was one designed to bring out the best in an athlete and it will be irresponsible of him as a team owner and someone who has his players best interest at heart to expose them to the reported confusion that is reported daily in the media. 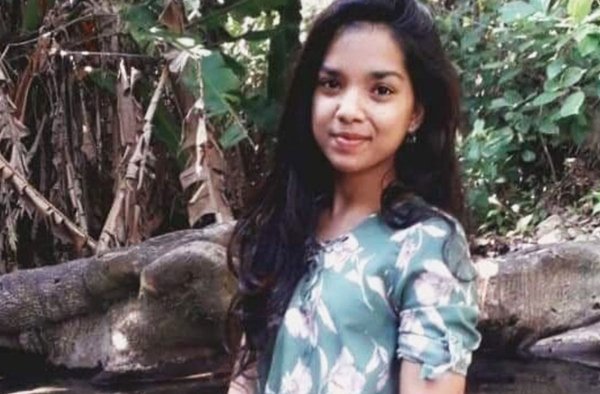 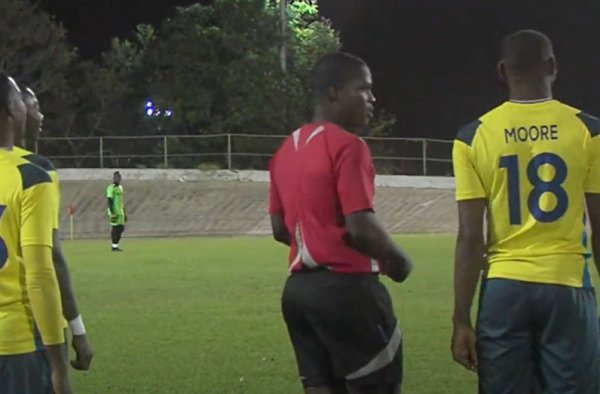