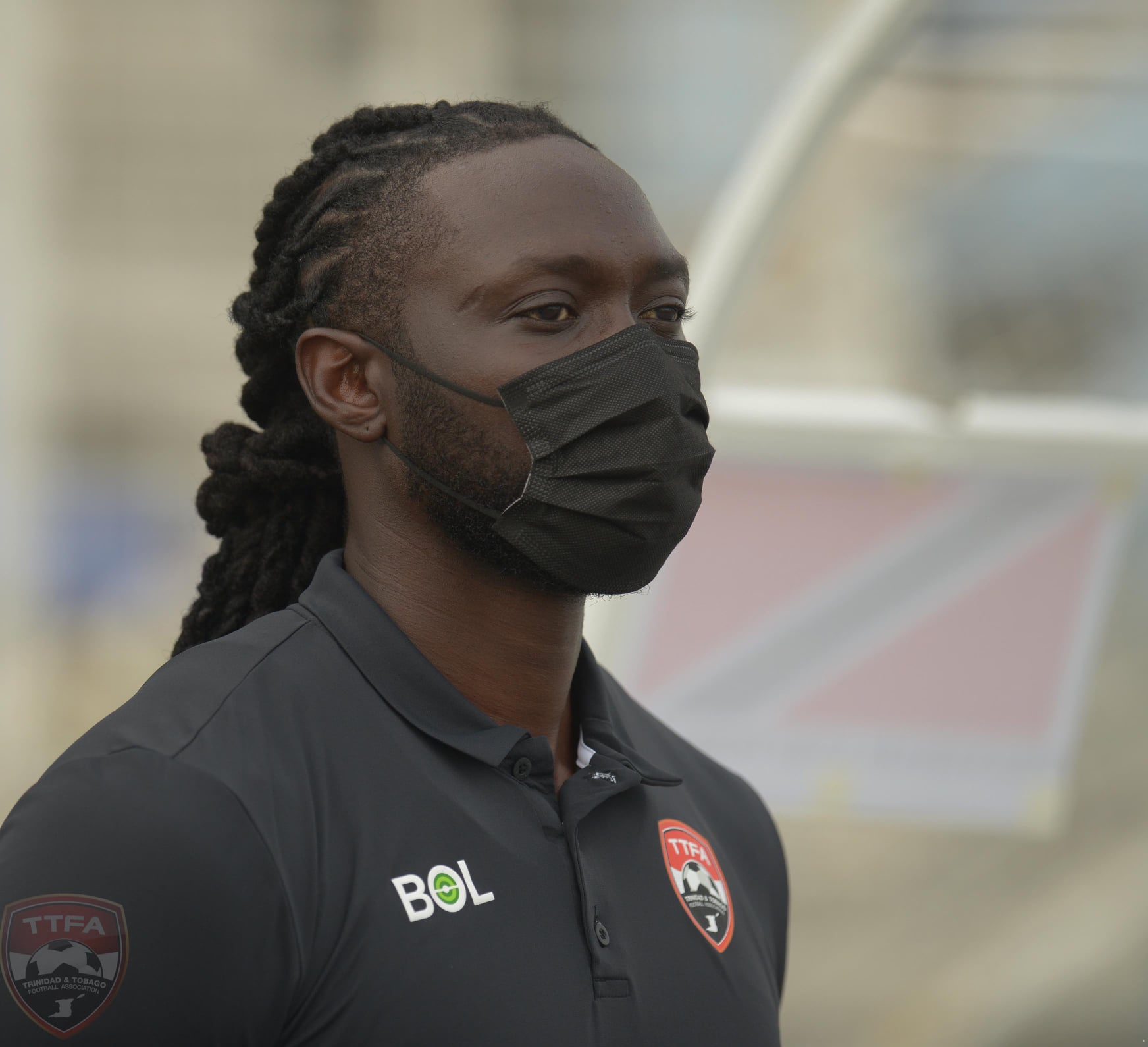 Interim head for the Trinidad and Tobago senior women’s team, Kenwyne Jones was pleased with the performance of his players in the 0-0 draw against Panama in an international friendly match on Thursday at the Ato Boldon Stadium, Couva.

Jones who made his coaching debut said in the post-match interview. “After not being active for two years, I think the team performed really well. Of course, there were instances in the game where Panama caused us a few problems, but I thought the team was very resilient and dealt with it well. I am really proud of the team, of the staff and every single person connected with the women’s national team at this present time.”

The former English Premier League striker said, “Seeing that it is the first game for such a long time and of course we have a long way to go, I think from here we can only expect a lot of progression. We fought really hard, we dug in. The surface was heavy; amidst some players coming in later because of a travel situation. We did really well for a team that trained together for the last couple of days.”

Jones was a satisfied and commented on the heroics of goalkeeper Kimika Forbes who kept them in the game with some fantastic saves.

The former Soca Warriors skipper hinted about future players composition of the team. “There are a lot of players out there that are willing to come and play for T&T and they would add value to the squad. The good thing is that the qualifiers have been pushed back to February, so it gives us even more time to keep working.”

The Mexican-based defender Victoria Swift said, “Being the first game that we played together in a really long time I think the team really fought hard. Even though the result we wanted was a win, a draw is pretty decent for the first game.” She added, “I think we did really well coming together in such a short space of time. We first just need to focus on recovery and as a team, talk about our positioning and our formation and go from there to the next game.”

Also speaking at the post-match interview was Rhea Belgrave who was solid in defence and was probably the best outfield player for the twin-island country. The central defender said, “It felt really good hearing the anthem and getting back into things. We had to adjust a lot to the new system and getting used to the movements and so forth.” She continued, “Not really the result we wanted but a nil-nil draw, Kimika definitely kept us in the game with some great saves.” She remains optimistic for the next match on Monday. “I definitely think we can win. We’re going to go back and watch the tape and see what we can improve on.”

There was a minute’s silence before the kick-off in honour of two employees of the TTFA Jamilya Muhammad and Claire George. They both lost their battles with cancer. The two teams will do battle once again on Monday at the same venue starting at 3:30pm behind closed doors. 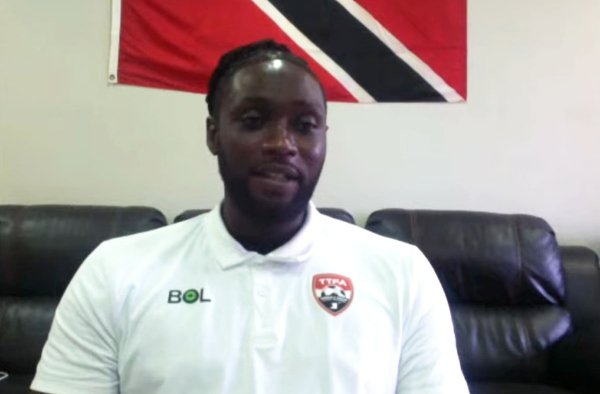 Newly minted National Women’s Football Team coach, Kenwyne Jones who was appointed a couple days ago, met with the…